It seems I am on a roll in my discovery of Guga ji. Read more about my earlier story on Gogamedi fair in Rajasthan.

I was just reading a bit more on the Guga in Himachal and came across an interesting article in the Tribune on snake gods or nag devtas in Himachal written by one D C Sharma. He talks in the article that there is a temple of Guga Rana in Naggar in Kullu valley and in fact Roerich, the great painter himself painted the idol of Guga.

More research led to me to search for any such painting and finally I found that there in fact is an idol of Guga in the Roerich art gallery complex in Naggar under a tree. It used to be a single idol at some time and now has some more idols along with. I found pictures of Roerich with the idol, which means that way back in 1931, when there were no roads to Himachal. This God travelled from rural Rajasthan to the untouched valleys of Kullu. Amazing ! 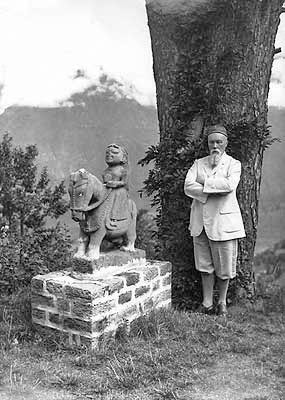 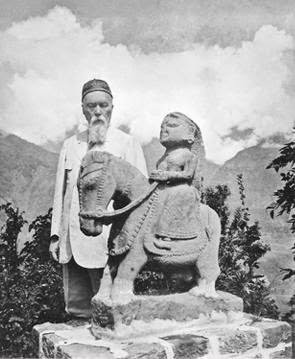 I was also able to locate the painting or paintings which DC Sharma talks about in his article in some art websites. The paintings are now preserved in the Tretyakov Gallery, Moscow. 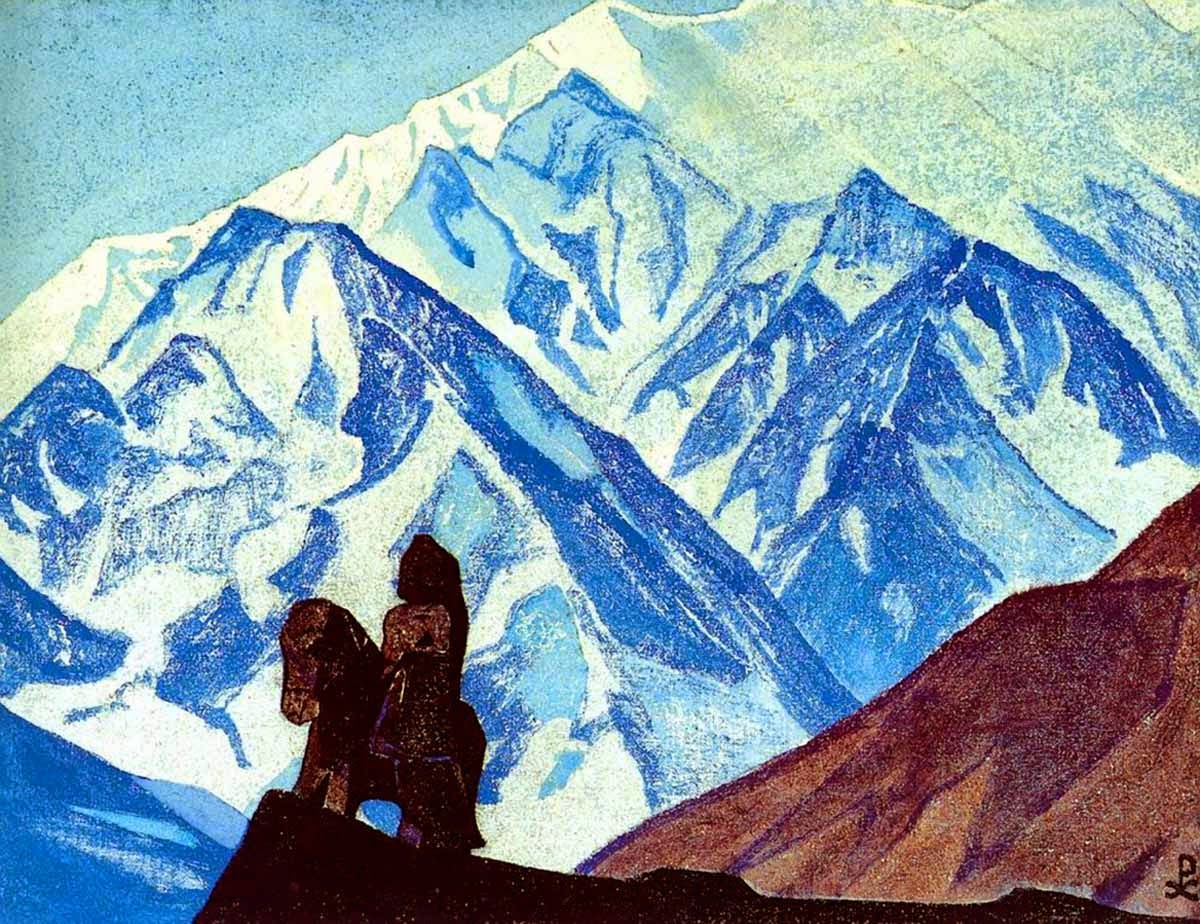 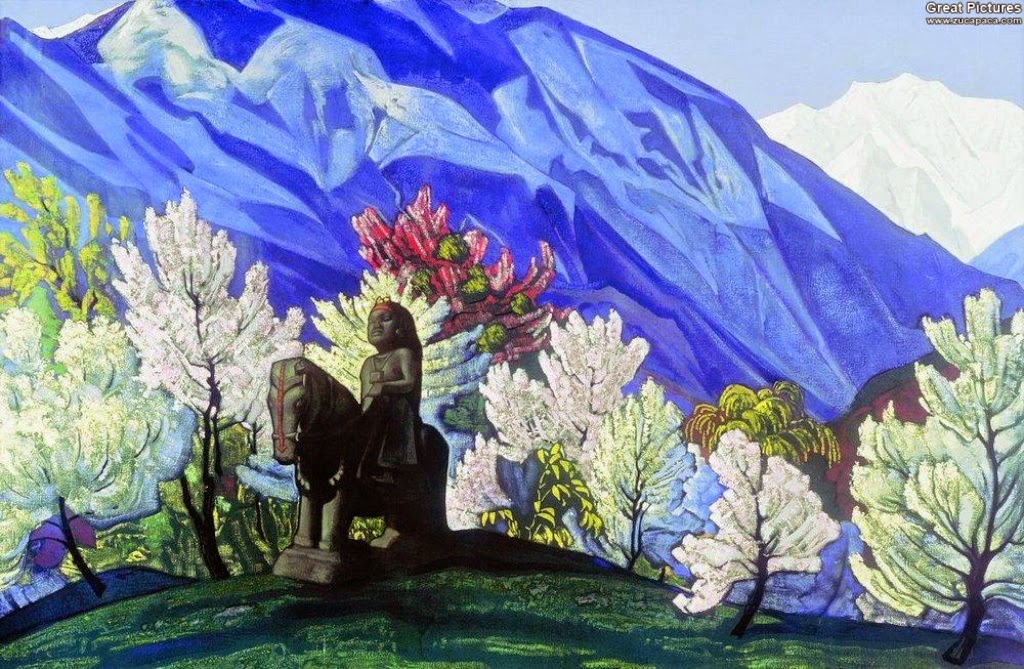 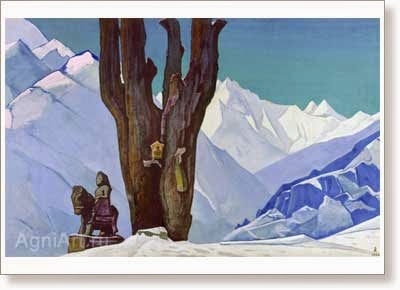 It seems that Goga ji or Goga Chohan as it was possibly called was a favourite of Nicholas Roerich. Svetoslav Roerich painting his father along with the Guga idol is an evidence of the fact of how associated Roerich was with Guga. 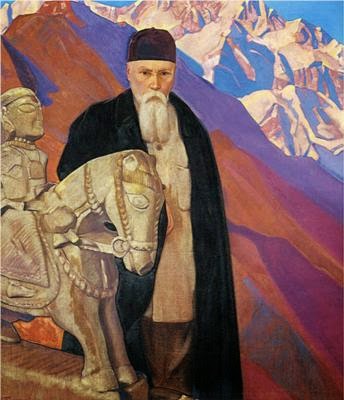 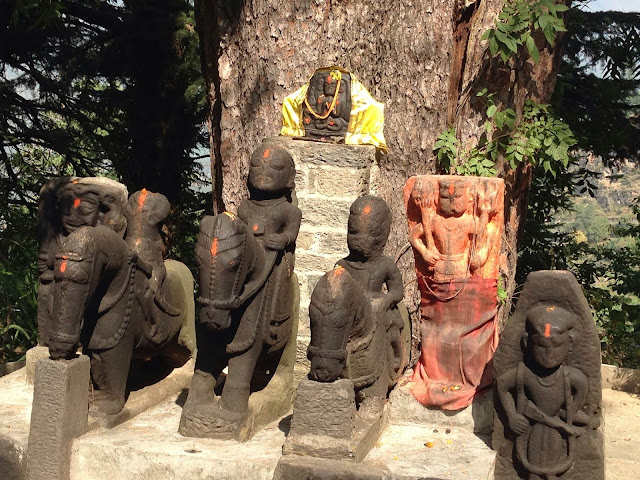 The interesting bit however is that the logo of the Roerich Art Gallery has the idol of Guga on it. 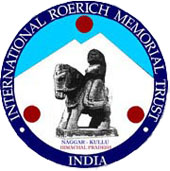 I spoke to a local employee at the gallery and he told me that the idol is not of Guga but his sister. And perhaps thats true because you can distinctly see the ghaghra or skirt. 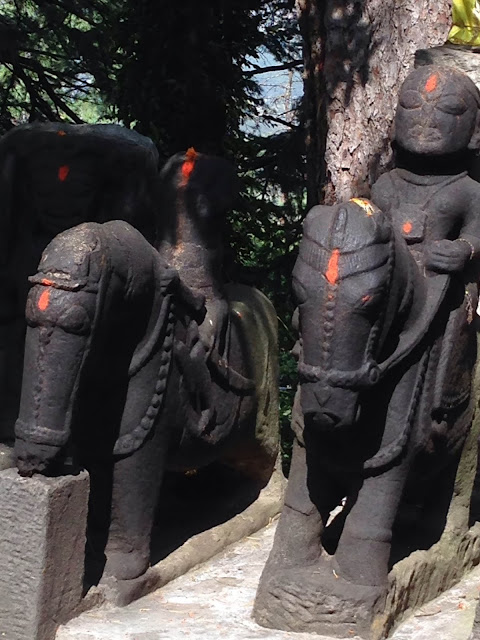 The same gentleman told me that Guga is the idol right next to the sister, whose head is missing. The story is that he went up the valley for a battle and lost his head...which was later restored I guess. But the head of the idol is still missing.

Apparently there is a village near Kullu, which has a larger temple of Guga. Thats on my list next time.

Its an amazing journey to explore Gugga...which took me from Rajasthan to Kullu Valley. God knows, where else will it take me. Am excited.

Posted by Education and Environment at 02:35

My book on school education 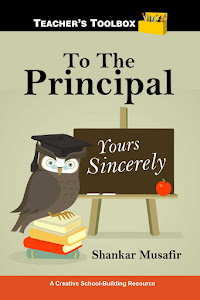